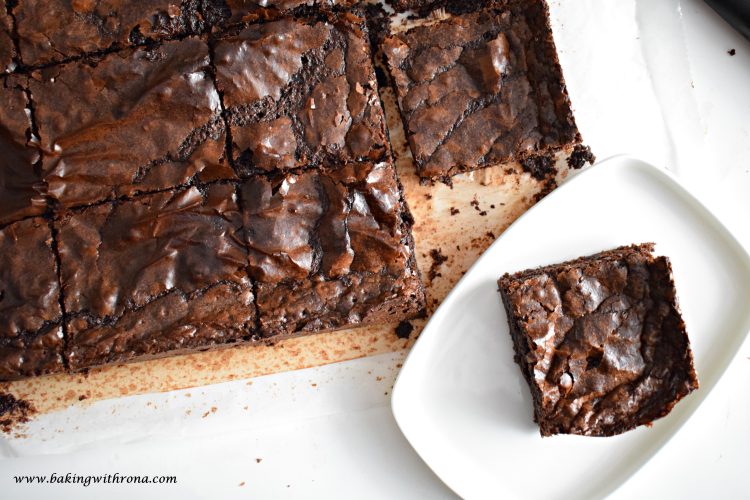 I’ve made many chocolate fudge brownies over the years and some of them have been absolute favourites. If I had to pick the best before these I’d say these Brownies were pretty darn good and these double chocolate ones don’t really disappoint either. Looking for brownies without the chocolate? You should try these peanut butter blondies or these banoffee ones. Thank me later.

Coming back to these dark chocolate brownies. They are fudgy, full of chocolate, moist and most importantly they are super easy to make. Also, the recipe makes quite a large batch and that’s good because you’re going to want them. I feel like I need to warn you that you will not be able to stop at one. I couldn’t at 3.

I’ve kept the sugar to almost a minimal because I’ve thrown in some milk chocolate to balance the dark chocolate but feel free to use all dark chocolate. Also, as hard as it may seem to be patient, these taste better if you let them rest for a few hours or even better overnight. You could also put them in the fridge and they’ll only get fudgier.

Anyone try the peanut butter banana pie yet? Post a picture on Instagram or Facebook if you try any of the recipes posted here. Tag Baking with Rona when you do.